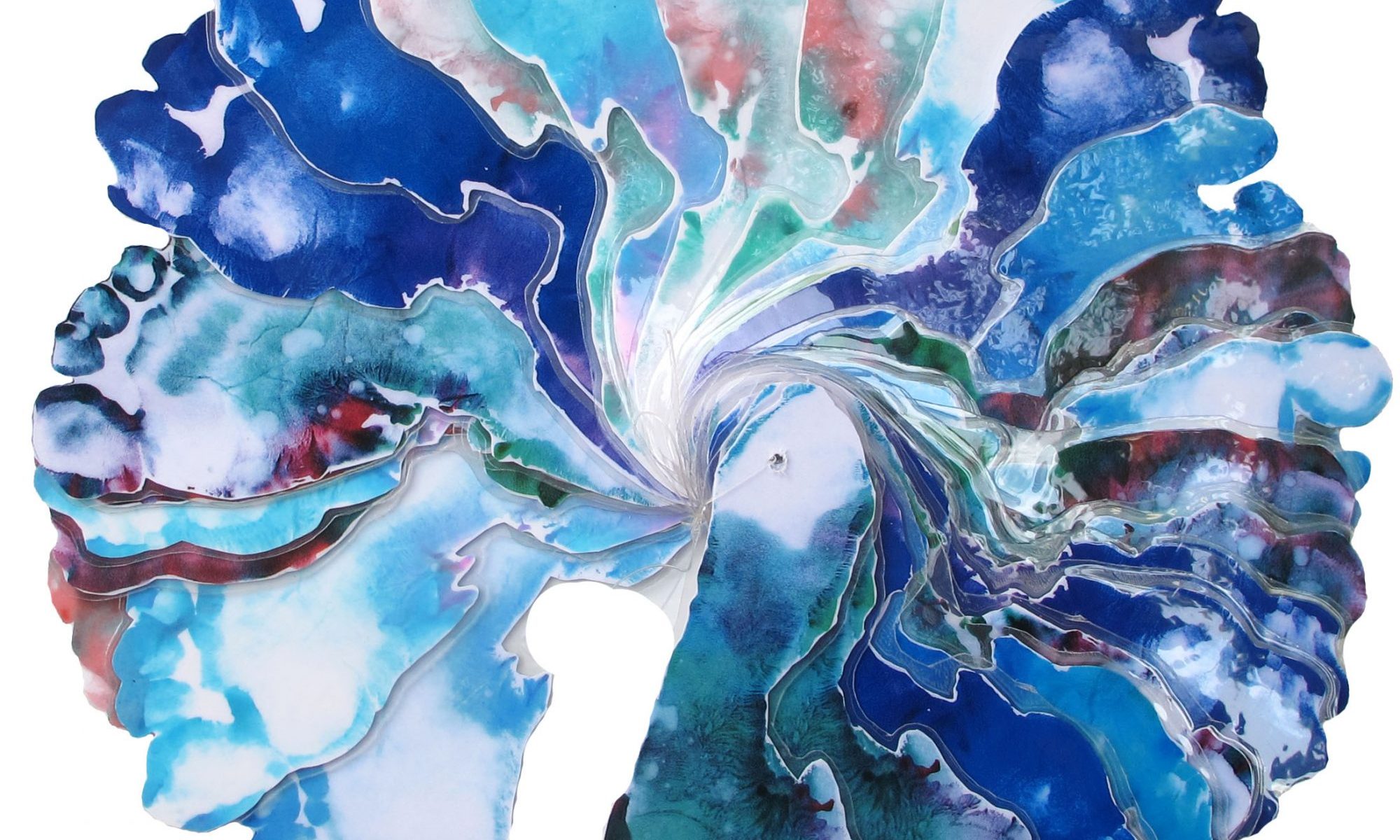 Some of the hubcaps in the “HUB- With Magnetic Connections Show” originating in East Brunswick, NJ. Dents & Rust a plus!

We received hubcaps from all ages & backgrounds: A nun who was 92 yr. in Canada; a 4 yr old from the Creative Genius Workshop run by Anna Soto Canino; a hubcap came in the mail from Cathy Linfield, Paris, France

. 45 Hubcaps came from McKinley School, New Brunswick, NJ. Hubcaps came from a Metuchen School, teacher Lynn Lerner. It was November, we spread 16 eight ft X 4 ft boards out in the backyard and preceded to prime and paint a design for the backdrop of all the hubcaps. That design came by e mail from artist Sheila Barrera in Florida. Old Bridge artist, Chris Cornell painted the background with Judy Wray at the ARTYARD. When they were finished the 32 ft wide wall came together with 267 hubcaps from all over for 2 weeks at Lincoln Center’s Cork Gallery, NYC.

After the show came down it went to The Stone Museum in Monroe Twp. There were also visits to the Atlantic City Seafood Festival for two summers and the local shows at the EB pond. The show also spent a few months at UMDNJ spread out on a long wall in the student lounge. We kept it going, replenishing the wall with additional hubcaps from The Voyager’s School, and the HUBCAPPERS, a group of young teens associated with Stephanie & Quinn DeGeneste, Franklin, NJ.